- October 19, 2021
Montreal, October 18, 2021 - The English Montreal School Board has extended its deepest condolences to the family and friends of a student at Program Mile End Alternative High School in Côte des Neiges, who lost his life in an assault on October 18. Because this matter is under police investigation, there is very little the EMSB can state at this time. “We do not know all of the details and we await a report from police,” said EMSB Director General Nick Katalifos. Mr. Katalifos said that the EMSB’s Trauma Team is being assigned to assist the staff and students at Program Mile End and Coronation Elementary School. The two schools share the facility. “This is a very sad day,” he said. “We will make sure that all of the necessary resources are made available to this community.” Both schools will be closed to students on Tuesday, October 19. About the English Montreal School Board   With a youth and adult sector population of more than 35,000 students, the English Montreal Sch
Read more 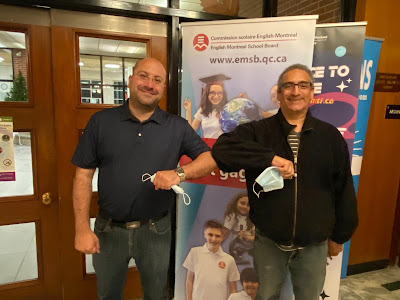 Montréal, September 26, 2021 – Julien Feldman has been re-elected as the English Montreal School Board Commissioner for Ward 3, which encompasses the Westmount-Sud Ouest  area. Mr. Feldman (Team Ortona) received 477 votes, compared to 250 for Irwin Rapoport and 164 for Thomas Rolain.  Of the 9,112 eligible voters, 891 votes  were cast and four rejected. When nominations closed for school board elections on September 27, 2020, the office  of chair and nine of the 10 available positions for commissioners were won by acclamation. The election for Ward 3 was scheduled for November 1, 2020 and then postponed until now due to the COVID-19 pandemic. Chair Joe Ortona congratulates Julien Feldman. About the English Montreal School Board With a youth and adult sector population of more than 35,000 students, the English Montreal School Board (EMSB) is the largest English public school board in Quebec. Established on July 1, 1998, when the province created new boards along linguistic lines, the E
Read more

- September 15, 2021
Montreal,  September 15, 2021 -  The English Montreal School Board   expressed frustration and anger with motion passed in the Quebec National Assembly regarding   Bill 96, An Act respecting French, the official and common language of Quebec. This motion, moved by the governing Coalition Avenir Québec,   only refers to an EMSB resolution adopted on September 1 that has since been rescinded . It does not refer to the revised resolution adopted by the EMSB   on Bill 96 September 11 .     You can see the full resolution here.   “It appears quite clear that the  government is just looking for a fight  and to divide Quebecers, creating disunity,” said EMSB Chair Joe  Ortona. “The government is well aware that we modified our resolution. Secondly it is refusing once again to deal with the real challenges and concerns that we have with Bill 96 such as the use of the notwithstanding clause, temporary worker permits and more.  “The government should stop acting as a bully and start focus
Read more 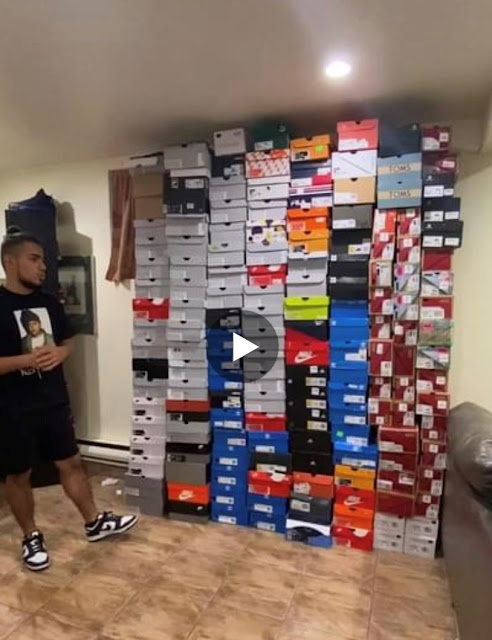 Montreal, September 13, 2021 - Every student  who is enrolled at James Lyng High School (5440 Notre Dame Street West) in St. Henri will be presented with a free pair of sneakers on Wednesday, September 15 (10 am to 12:40 am). This shoe-drive was initiated by first year McGill University Social Work student Julian Grau-Brown and Community Development Agent Sam Karimi-Harati. Julian attended three EMSB schools: Edward Murphy Elementary in Hochelaga Maisonneuve and Dante Elementary in St. Léonard and Laurier Macdonald High School in St. Léonard. He raised over $3,200 for the shoes and also got enough brand new pairs donated to reach his goal.  “I am extremely excited to launch my first official shoe drive,” said Julian. “My goal was to provide an entire high school with brand new sneakers for the start of this school year.  Before the COVID-19 pandemic, I had the opportunity to be an intern at James Lyng as a behavior technician. However, due to the pandemic, I was unable to finish my pla
Read more

- September 11, 2021
Montreal,  September 11, 2021 -  The English Montreal School Board  Council of Commissioners has corrected its stance pertaining to   Bill 96, An Act respecting French, the official and common language of Quebec.  Bill 96 was introduced in the National Assembly on May 13, 2021. On September 1, 2021, the EMSB adopted a resolution calling on the Quebec government to withdraw Bill 96 in its present form and for the federal government to refer Bill 96 to the Supreme Court of Canada for a ruling on its legality. In the preamble, the EMSB put forward several criticisms of Bill 96.  The Council wishes to acknowledge that it now recognizes that some of these criticisms   were unfounded or mistaken. In particular, the EMSB does not question the fact that Quebec forms a nation.  The EMSB does agree with the importance of protecting and promoting the French language, notably on the island of Montreal, and solemnly affirms its commitment to work with all Quebecers, including the Quebec government
Read more

EMSB pleased with Minister's decision to mandate masks in classrooms

- August 24, 2021
Montreal, August 24, 2021 - The   English Montreal School Board has greeted with appreciation the news that the wearing of masks for students in Grades 1 and over in the youth and adult sectors will be mandatory. EMSB Chair Joe Ortona emphasized that the Council of Commissioners had intended to consider a resolution at a September 1 meeting to introduce such a measure. 'We are very pleased with this news," said Mr. Ortona. 'With  a week to go before the start of classes we hope our staff and  parents feel more reassured. The Delta variant and the fact that elementary school children cannot get vaccinated yet has everyone worried.” EMSB Director General Nicholas Katalifos added that the administration needs to look at all of the new health measures put in place very carefully over the next few days in order to provide stakeholders with the answers to all of their questions. Up to date information will be provided on the EMSB website at that time. Mr, Ortona will be availabl
Read more